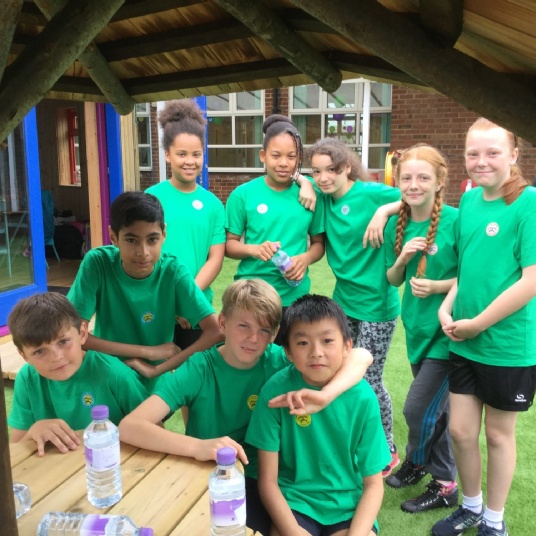 On Thursday 23rd June, 9 members of the athletics team took part in the Fulbridge games.

The children played basketball, handball and hockey in the morning, everyone participated and supported each other brilliantly despite the tough weather conditions. The afternoon consisted of a number of athletic events.

The girls were very successful and all 4 reached the finals in most events. Shantay Peters annihilated the girls competition taking home the gold in the sprint, hurdles and the sack race, as well as coming second in the skipping race.

Ensuring the boys kept up the high level of success, Liam Coleman won the hurdles, skipping race and came second in the sprint and sack race. Both relay teams reached the finals and we also won gold in that event.

Overall Paston came in second place out of 7 schools and narrowly missed out on the trophy to Fulbridge who were just too strong at basketball for us. We'll be working on our basketball skills and hope to take first place next year!

Please see all photos from the games in our photos of school events section of the website.